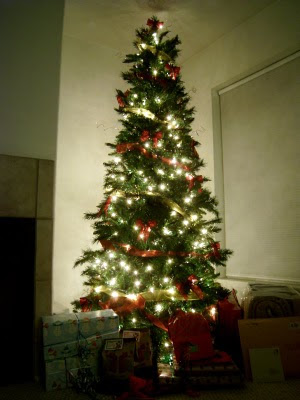 Merry Christmas everybody!
Posted by Penduin at 6:37 PM 1 comment: 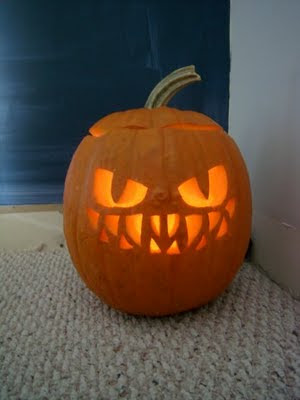 We'd sort of forgotten about it until just after Halloween, but recently at a pizza joint we bought me a brilliant cosume from a gumball machine. At least, for my own strange values of "brilliant". A fake moustache, to be worn over one's real moustache... for some reason I find that kind of thing very amusing. 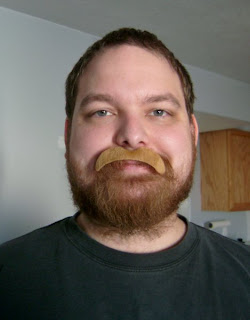 But this 25 cent, entirely-convincing disguise didn't stop there. Behold, as the rest of my little family is rendered utterly unrecognizable by its moustachy magnificence! 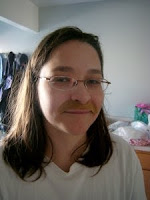 Posted by Penduin at 4:36 PM No comments:

For some time, I thought of 30 as a scary age. An age beyond which I would be old and unrecognizable. Given how far along I already am in the feeling-old department, and how little my appearance has changed (I've been fat, bearded, and bald since college at least), I'm less concerned about that. The number 30 still had a bit of psychological weight, though, so I decided I had to look at things differently.

Point is, I won't need an extra binary digit until I'm 32 in decimal. 0x20 hex. And the extra-bit logic works just fine for me. Time flies when you're young, so you get extra bits pretty frequently. At 2, at 4, at 8... but the next bit you need is at 16, which in my case is still holding out just fine. If I use this reasoning and set my scary "old" age at 32, then I won't have to bother with a midlife crisis until I'm 64! Then I can pop my meds, buy a hotrod hovercar and blast that Beatles song loud enough to drown out the tinnitus.

After that, I can measure life as a countdown to 128. Anything beyond that's an awfully big bonus, at least by modern reckoning. Even with leaps and bounds in medicine and cheese-healthification, I don't see having any chance of overflowing even the trusty ol' Apple II's native integer. And, if by saying that, I'm jinxing my own life upon turning 256, well, so be it.

But thirty? Hardly seems worth mentioning. Multiples of ten are for chumps. In fact, forget I even said anything. ...Thirty. Pff.
Posted by Penduin at 12:15 PM No comments:

There aren't enough positive news stories these days. It's all "tumbling economy" this and "damn politicians" that. Well today I feel good. And in true journalistic oversimplifying form, I'll tell you why in three bullet points.
No real personal news today, and I haven't thought of any clever commentary, nor have I made any big breakthroughs with my pet projects, and I'm not angry enough at anything to write something funny and/or interesting. But with a belly full of bratwurst and beer, I feel the need to spread some good will and a message of relaxed "ahh"-ness. At this time slice in the great mass of pointless information, what's this one little message going to hurt anyhow?

(That's "Happy 2009", for anyone who doesn't speak Slackware-flavored smileys or hexidecimal.)

What better way to celebrate 2008 being over with than to prattle on about things that took place while it wasn't? ...Don't answer that. Surely there are countless better ways. But that's what I'm going to do anyway.

In 2008 my wrist got a little messed up, having grown a mysterious extra bit of bone or something. I posted a cool x-ray here (see April) and have files from the following inconclusive CAT scan, which I still mean to build a little interactive widget for sometime. I got a shot of cortisone, which helped. It's still not 100%, but it's not bad.

In 2008, I was sent to an artsy/geeky conference in Florence, so the missus and I got to hang out in Italy for a week. Still haven't finished the full online photo album, but we did post some stuff here (see April).

In 2008 my little sister got engaged, reminding me once again that I am very old. I can still call her "little", however, as she's all thin and whispy whereas I am ... not.

In 2008 Kim and I thwarted prescription pet food manufacturer Hills' attempt to murder our cat. They changed her only known compatible food, but we eventually did find one other. Go Eukanuba!

In 2008, Obama got numerous campaign contributions from both of us throughout his campaign. To everyone who thinks we forgot to send a Christmas gift: you're welcome!

In 2008 I won the "ownership" award at work for putting in some ridiculous hours and getting the job done no matter the task thrown at me. At least, that's what somebody thinks I do.

In 2008 the author of the IMAP protocol was hired at my workplace. He and I are building M+Guardian's new IMAP server together, which, I'll be honest, was a bit intimidating at first.

In 2008, I got sent on a business trip to Montreal just before Christmas, where Minego and I demonstrated why engineers shouldn't be allowed to participate in gift-stealing parties: our algorithms are superior to those of salespeople.

This is a rather pitiful way to keep in touch with everybody, but happy late holidays one and all! I hope 2009 treats you well.