Not a lot to show yet, but here's a side-by-side glimpse into the past and future of my silly Bub game: 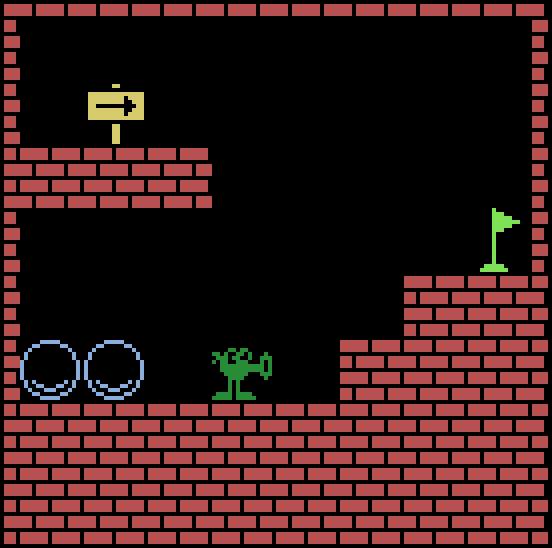 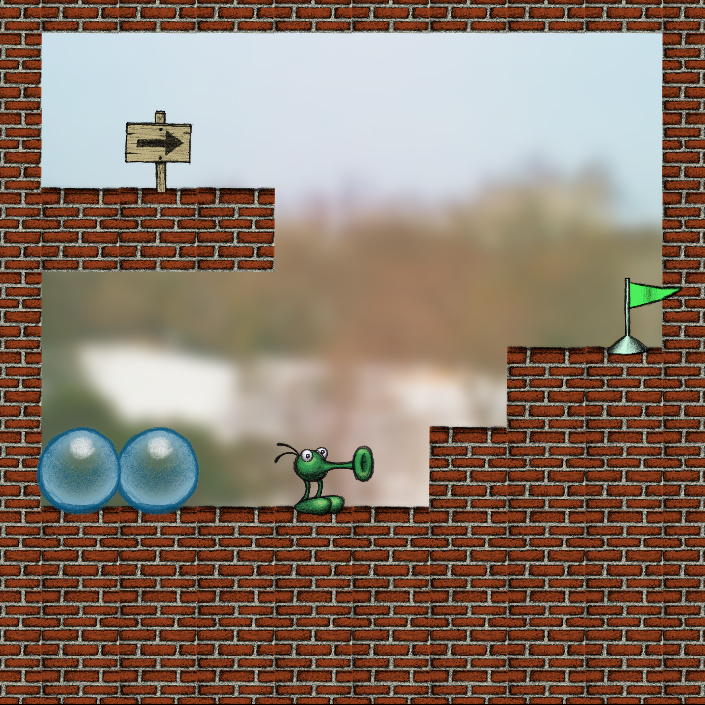 I'm rebuilding the game with full animation support (rather than building on the table-based code I whipped up for the prototype), so there's still a lot to do as far as gameplay.  Right now, there is only walking left and right, and no logic for slurping up bubbles, bonking into walls, or really doing anything other than seeing my scribbles begin to come alive.

If you have a decent browser (Firefox, Chrome, probably Safari, maybe newest IE) you can always try the latest checked-in version here:
http://smogheap.github.io/bub/html5/
...and of course I'll post to this blog when there's something worth posting.

Email ThisBlogThis!Share to TwitterShare to FacebookShare to Pinterest
Labels: game

Disclaimer: I know very little about economics or sociology.  This is just a thought I felt was worth exploring.

One of the effects of living in a capitalist society and consumer culture is the notion, the drive, to acquire more and more.  What we've got is not enough, we should keep getting and getting.  It's not in the pledge of allegiance (but then, neither was monotheism until 1954) or otherwise literally expressed, but it's a kind of background radiation.  A color given to "normal".  A base molecule found everywhere in our cultural fabric.

Part of it is biological - we still have all the hunting and gathering instincts our ancestors did, and some of us certainly have hoarding tendencies which can take great mental discipline to keep in check.  But all cultures have that; that's not even exclusively human behavior.  What I'm talking about is man-made.  Not just the commercials and sales and the keeping up with the Jones', but the unspoken institution of perpetually wanting more.

As consumer goods became cheap and profitable to manufacture and distribute, this "must get more" norm grew organically.  Means of injecting this idea into as many minds as possible became a business itself.  Those who had the means to manufacture and sell invested in amplifying it, one product or subscription or investment opportunity at a time.

Here's the crux of my thought:  That message of always needing more has spread so completely that those at the top, those with the means, are also being injected with it.  With their own amplified message.  The vast wealth they've made from feeding consumer culture is not enough.  Black Friday shoppers have nothing on the wealthy anytime a million dollars can be spent acquiring more millions.

So there we have it, great income inequality and all the economic badness that goes along with it.  I've seen it grow in my lifetime, but history suggests there may be cycles at work.  The rich get richer, the poor poorer, then things go pear-shaped.  More equality leads to more opportunity and growth, then eventually we start spiraling out of control again.  If there were some good way to measure the background radiation of more-more-more, I wonder if it would rise and fall along with these cycles.

I also wonder if we can learn from the past and maybe stop swinging around so much.  And in the meantime, I hope another ever-present message gets some amplification of its own:  "There are more important things in life than money."
Posted by Penduin at 10:11 AM 1 comment: