When we got home from Europe last week, naturally, we were very spent and tired.  Those symptoms joined others and we found ourselves very sick in the days following our return.  Sick enough that we called the clinic wondering if we should be tested for that little bug we've heard one or two things about.  But, we hadn't been to China (only an international film festival, with teams from all over the world) and we weren't short of breath (and, we suspect, the tests and facilities just aren't available...) so we were not and still have not been tested.  Whatever we've got is either about the worst cold we've ever had, or ... well who knows.  But, we're sequestered away just like everybody else.  My hermit-like tendencies and compulsive hand-washing have prepared me fairly well for what life has turned into.

Anyway, so we came back and felt lousy.  Such is life.  I took a couple more days off work, Kim somehow kept working but from home.

Then, Saturday morning, a valve near our water mains failed.

Our basement was still in a sorry state from having drainage put in, from months ago when it was being flooded from the outside.  The maybe-salvageable carpet was rolled back and bins of packed-up stuff were shoved over to the walls where that flooding had not hit.  Such placement put it all right in the path of being flooded from the inside.

That's all the sides, right?  Outside and inside?  Is there anywhere else from which water is going to invade our basement?

Oh, I complain.  I sure did (mainly in cough/wheeze form) as I cut, rolled up, and carried out soaked carpet and foam, while barely feeling well enough to do so.  But, I'm glad I had help (who was also barely well enough for such labor) and we're glad it all happened after we got back instead of while we were away.  We're glad a plumber and someone from the city were able to come that same day to get the valves fixed and the house's water running again.  We're glad we hadn't yet redone the basement, only to have it trashed when this happened.

And we're extra glad that Autumn ran downstairs and started meowing in a strange, attention-drawing manner.

One just has to laugh at life sometimes.

Life has been busy throwing curve balls lately, not just at us (though I have omitted a couple of doozies) but in general.  Luck be with you, everyone.  And since that clearly can't be counted on, let's try and be good to each other, all right?
Posted by Penduin at 9:23 AM No comments:

Last Days in the Netherlands

Got some more pictures to share from our last week or so in the Netherlands.  While in Rotterdam for Filmapalooza, these two showed up and we hit the town together. 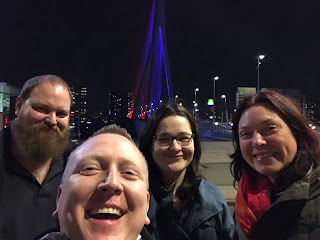 Mike and Allison are always fun to hang out with; behind us is the Erasmus bridge, which is striking (and a bit of a schlep!) day and night. 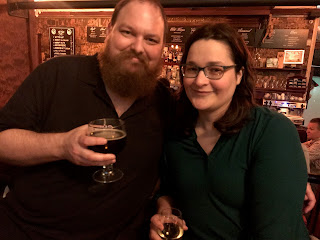 Allison found a brewery tour (and her instincts led us to get there on time, while the rest of us were content aboard a bus that would have taken us completely the wrong way).  La Trappe Trappist is a monastery and a brewery with a great history and (and a very engaging tour guide).  Their beer is just as good as their social and environmental conscience.  An example of religion being used correctly! 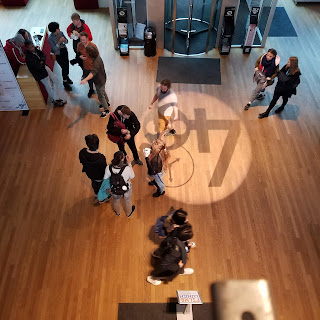 Looking down at the main floor at Filmapalooza.  The theater used for the event seemed to have been (and in fact was) tailor-made for film festivals.  Extensive talent gathered there that week.  ...Also us! 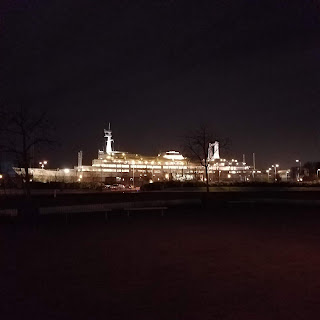 Now permanently moored as a museum and hotel, the SS Rotterdam is where the awards ceremony took place.  (In case you're wondering, we got our city trophy, but no additional honors.  :^) 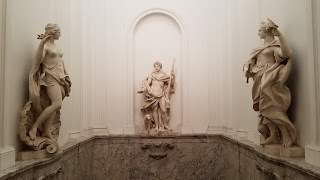 Kim and I spent a couple of days back in Amsterdam after the festival.  We saw, among other things, a house-turned-museum with some very interesting art and history (and the perfect small trickle of guests; we effectively had the run of the place and could explore and learn at our leisure, unlike some other tours we'd taken). 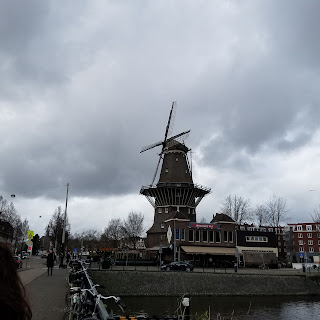 We also got to stop in at the Brouwerij 'Tij, a brewery and taproom built onto/into a (no longer working) windmill - the tallest in the Netherlands.  It used to be a public bathhouse, and the steam machines, tile, pipes and drains all came in handy when it became a brewery. 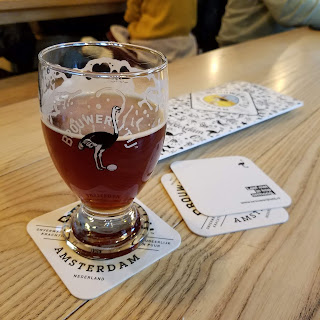 There's plenty more to share and lots more photos to sort out, but these last few posts have been our Dutch adventures in a nutshell!  We were glad for the chance to travel (and got back just before the covid-19 travel bans started happening...) and had a great time in the Netherlands.  We will be snacking on souvenir cheese and chocolate for a while.  :^)
Posted by Penduin at 2:38 PM 1 comment:

Chunky Milk Productions.  Two goofs who met in college and made silly videos for the campus variety show.  These two goofs: 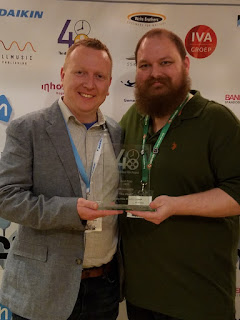 They, these decades later (with help from a couple more goofs) made a very silly short movie indeed.  This movie:


It screened locally, and then, these months later (along with 150+ other amazing shorts) screened here: 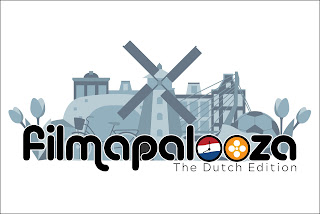 So...  Yeah I'm still more or less at a loss for words about that.  We got to meet and chat with Mark Ruppert, who began and runs the 48 Hour Film Project.  We got to gather in Rotterdam's gorgeous city hall and hear from an official whose title I can't remember.  Best of all we got to see a whole lot of super-creative movies.  In fact I think I'll just fill out the rest of this post with some highlights.

Everything at the festival is well worth looking up, but of the screenings I made it to, these are a handful of my favorites.
Posted by Penduin at 3:38 PM 1 comment:

Next Few Days in Amsterdam

Holland!  We took some tours and learned a thing or two about some Dutch icons. 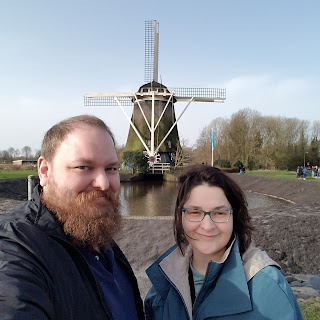 Saw a working lumber windmill, saw how (and why) clogs are made.  Saw some ingenious machinery, large and small.  Tinkerers and improvisers turned vast swamps into farmland, and enabled travel and trade on a scale never seen before.  My kind of folks! 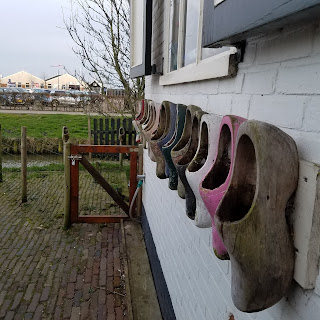 They are also quite serious about cheese.  Mmmm, Kaas. 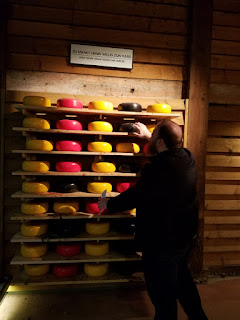 We also visited a zoo and museum of microorganisms.


After about a week in Amsterdam, we took a train to Rotterdam for Filmapalooza.  The hotel wireless is lousy enough and the festival busy enough to make my blog updates even spottier than they might have been.

Posted by Penduin at 8:43 AM No comments: