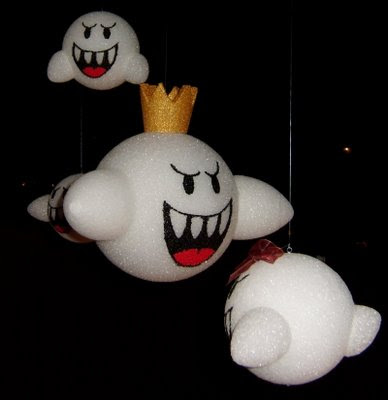 Boo! Yes, it's those little cute ghosts from the Super Mario games, lovingly crafted out of styrofoam by yours truly, with no small amount of help from the missus. For reasons unknown even to me, I was compelled to put these little guys together for Halloween decorations. 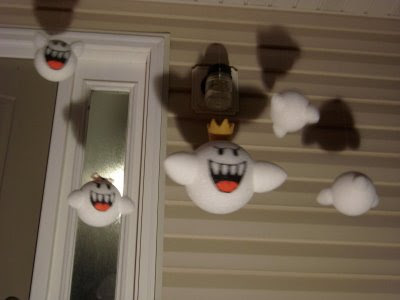 In low light they're not especially easy to photograph without lots of blur, but you get the idea. They hang out on our porch, spinning slowly or quickly depending on the wind, and generally look the other way when I try to line up a nice shot. :^) 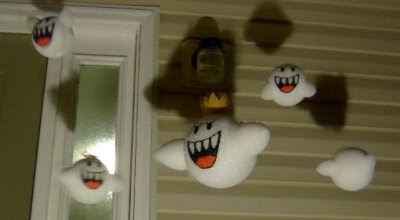 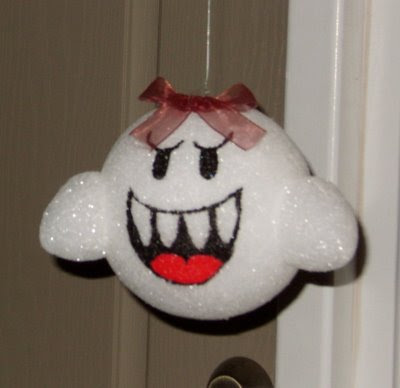 The girl boo is probably my favorite. Kim thought we should give one a bow, which she put together beautifully. It's crazy how much personality is added with the slightest modifications. Say what you will of Nintendo's G-rated attitude, their character designs are super-fun. 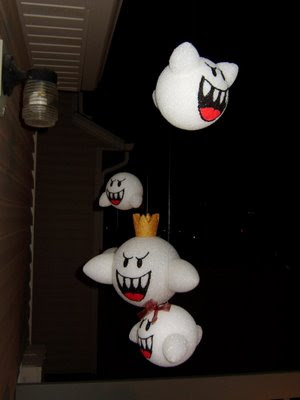 As much as I hate flash, those pictures had a much higher success rate. It totally gives away the use of fishing line though. :^) 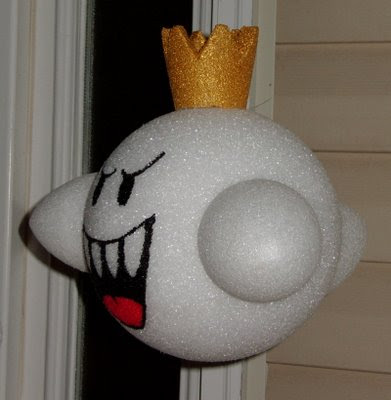 The big guy, the King Boo. My original idea was to make one big King Boo out of paper macche, so we were tooling around a craft store looking for all the supplies I'd need, when Kim found a soccer ball-sized styrofoam sphere, as well as some teardrop-shaped pieces. It was too small, I thought at first, but suddenly instead of one big messy process with a likely-rather-ugly result, I imagined a little swarm of boos, all hanging around their relatively big king. I think it turned out much better this way, and I've already had a blank-check offer from a work buddy to turn these into a mobile for his kid. 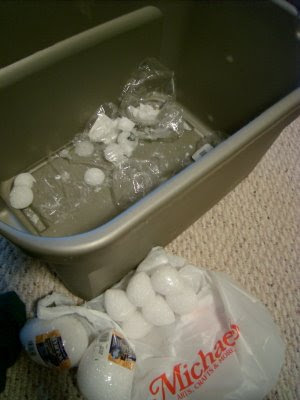 I thought I'd throw in some making-of shots, you can see the teardrop-shaped bits and some random shavings of previous pieces here. 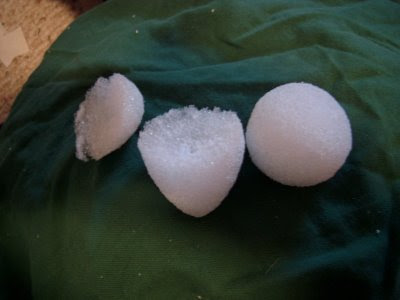 They don't know it yet, but these things are arms and a tail of a cute little boo! 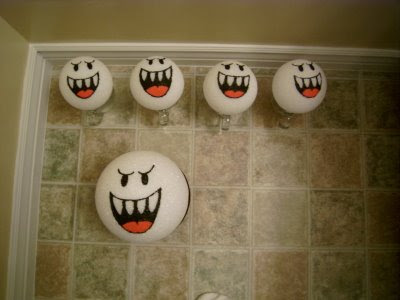 Our basement bathroom floor became more interesting as the paint on the boos' faces had to dry. The cat found this all fascinating too; we've had to keep the door shut for a couple weeks now. 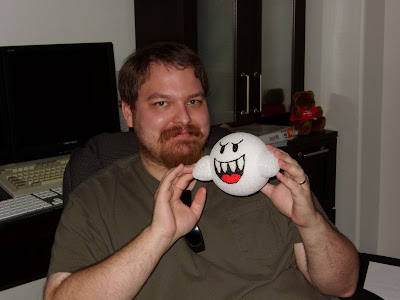 The first foam boo and its maker, holding the bits together while the glue dried... 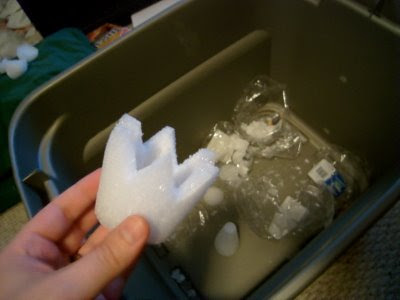 King Boo's crown, after being cut out of a foam cone but before being painted a nice shiny gold. 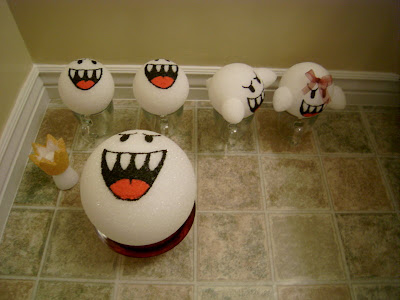 Progress! The boos, including the girl boo, are finally coming together.

Anyway I had a lot of fun putting together these little guys. Tonight is their big night, they're hanging out on our porch ready to greet (or, more true to form, turn away from) trick-or-treat'ers as we get pillaged for candy.

Happy Halloween, everybody!
Posted by Penduin at 9:44 AM

That rocks!!! I wish I would have thought of that. By the way the kids where like "Look King Boo" lol, I have corrupted my children :)