Try out a prototype of "Bub" (a game I'm developing) in your browser: Decades ago, I started scribbling alien critters, and this little guy(?) became one of my favorites. 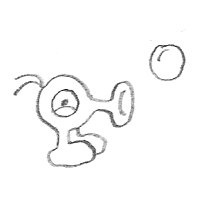 Over a year ago, a scribble turned out like this... 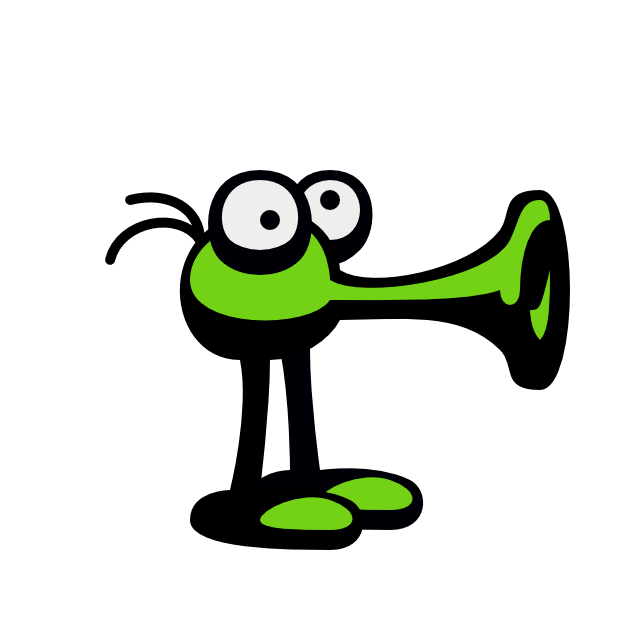 ...and I mused that this incarnation might need to star in a game at some point.

Months ago, I saw a crowdfunding campaign for this wild little thing. 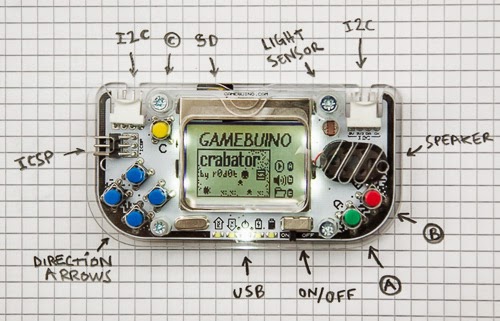 Called Gamebuino, it's a tiny homebrew portable gaming console powered by cheap, ubiquitous, open technology all the way down.  I needed to pitch in, and I needed to write a game for it.

The screen is small, low-resolution, and black-and-white; my game had to use simple imagery.  There are very few buttons; the controls had to be simple too.  Ork is a simple shape, so I began prototyping a low-resolution game where he could walk around.

Completely-irrelevant tangent:  I say "he", but I'm pretty sure Ork and the other inhabitants of planet Snork (gimme a break, I was 8 :^) are hermaphroditic.  I'm not sure how biology works there, but no two critters look alike or have gender by Earth standards.

Anyway!  Ork needed some actions.  Traditionally he would blow bubbles, so I thought about how he might use those to get around.  Letting him blow bubbles just anywhere just got in his way since I hadn't coded any way to jump yet.  Blowing them beneath himself and climbing up, though, that was promising.

A long list of quick experiments flew by.  Different blocks, the idea of an inventory and slurping up bubbles before blowing them, bit by bit a prototype came together.  I've shared it with a few developer friends to get their feedback (and a few level ideas!) and now I think it's time to share it with anybody who will try it.  :^) 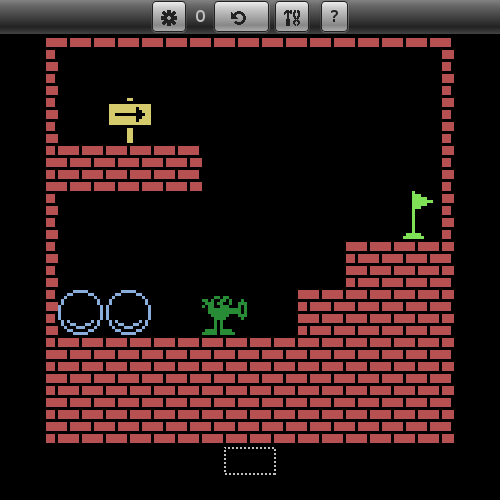 It's still a prototype.  There's no animation, there's no nice level select menu or custom controls, there's not even any music I'm willing to have on by default.  But you can experiment, play your way through the even-numbered levels and their odd-numbered evil twin versions, and once you've got the hang of it, you can build your own levels and share them by email or twitter.

Someday, I'll have a full, animated, polished version.  I also hope to publish it on Nintendo Wii U.  In the meantime, I hope you have fun with Ork in his new game, Bub. 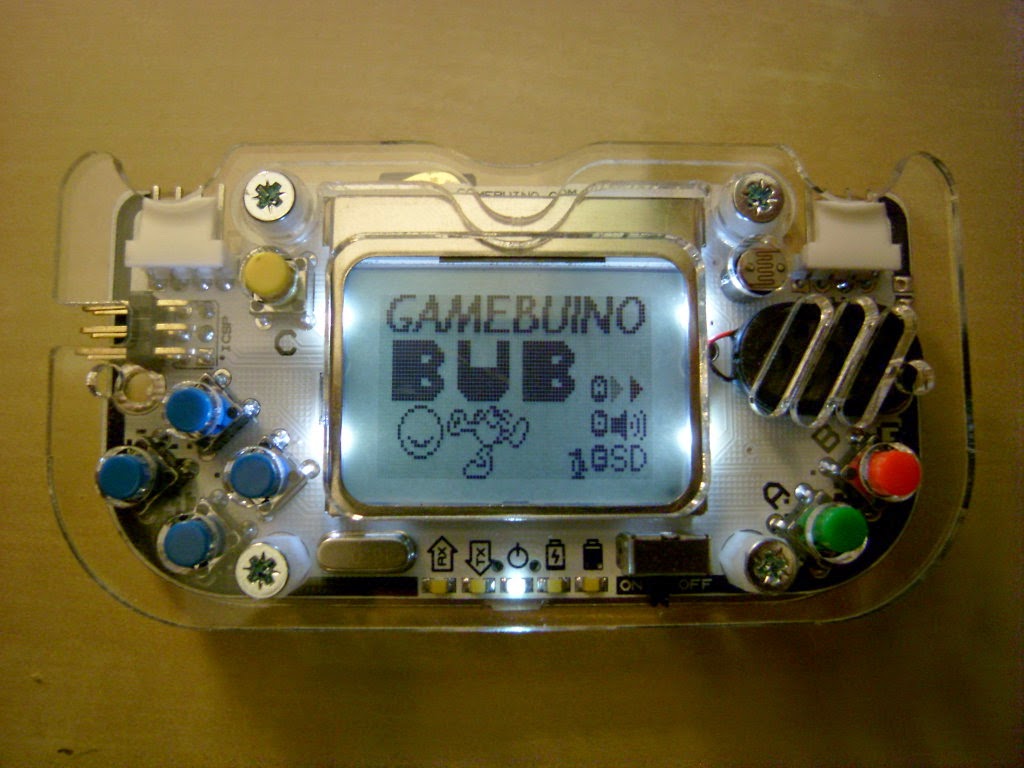 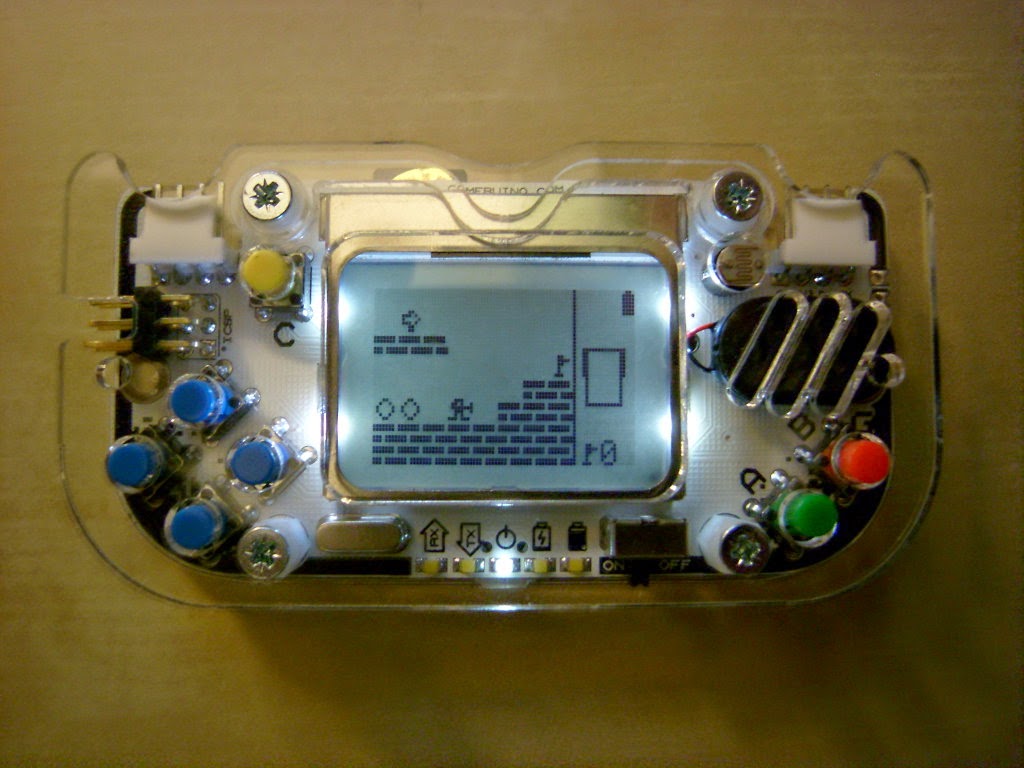 Have a Gamebuino?  Grab the .HEX and play on Bub's inspirational console!
Have a computer/tablet/phone?  Play it in your web browser!
Have an interest in tinkering beyond making levels?  Poke around in its GPL3 code!
Posted by Penduin at 4:14 PM

No clue what I am doing, but Bub sure is amusing. I love seeing Ork again! The sound effects are Orky and fun! Gotta go now...working on the ladders.