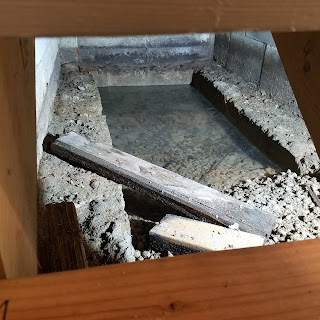 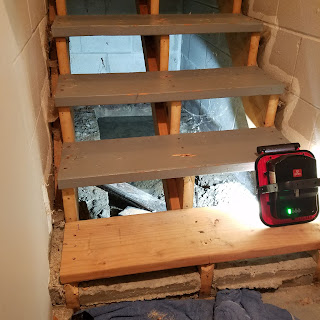 It could be far worse, after all.  For what these guys are charging, you couldn't get me hunched in that crawlspace with a jackhammer.  My 40-year-old back hurts just thinking about it.  Or maybe that means a storm is coming; at least the rain won't end up on the floor now.
Posted by Penduin at 10:26 AM